Find Iraq Travel and Tourist Information with links to official travel and tourism websites and state resources for visitors to Iraq. Tweet

The historical name for the region is Mesopotamia, the land between two rivers (Tigris and Euphrates), and thought to be the cradle of civilisation. 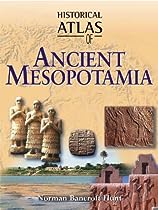 It is believed that land was cultivated here back in 4,000 BC, long before the glories of Babylonia, and Nebuchadnezzar II's famous Hanging Gardens.

Evidence of the historic Christian presence in Iraq can be seen through the Chaldani Church, in Mosul, northern Iraq. Some Christian minorities still exist in predominantly Muslim Iraq, such as the Chaldean and Syrian Catholics.

Britain and Germany rivalled each other for the commercial development of Mesopotamia during the latter part of the 19th century.

The British were interested in Iraq as a direct overland route to India, and established a steamship company for the navigation of the Tigris, to the port of Al Basrah, in 1861.

Germany, meanwhile, planned to construct a railway in the Middle East that would extend from Berlin to Baghdad.

During the First World War, British forces invaded Southern Mesopotamia to counter Turkey's allegiance with Germany, and pushed up to occupy Baghdad by March 1917.

All of Mesopotamia then became a British mandate in October 1918, after successful campaigns directed by Lawrence of Arabia.

When Iraq entered the League of Nations as a free and independent state, in 1932, the British mandate was formally terminated.

Following the termination of the British protectorate over the emirate of Kuwait, on June 25, 1960, Iraq claimed the area had been part of the Iraqi state at the time of its formation.

British forces entered Kuwait in July 1960, at the invitation of the ruler, and the UN Security Council declined the Iraqi request to order their withdrawal.

And of course history repeated itself on August 2nd 1990, when Saddam's Republican Army invaded Kuwait, with an allied Desert Storm to follow.

George Bush Junior followed in his father's footsteps and, together with the British, sent in the troops to remove Saddam Hussein and the Ba'ath Party from power in 2003.

The Iraqi National Congress was the main opposition group during Saddam Hussein's rule in Iraq; after America, Iran and Kuwait.

Founded in 2000, Iraqi News is an English-language online newspaper that covers a range of Iraqi topics including business, politics, security, social issues, culture, entertainment and sport; with no link to any political party or interest group.

The Iraq Foundation is a non-profit, non-governmental organisation working for democracy and human rights in Iraq.

The best time to visit Iraq is in Spring and Winter. Travelling to Iraq in Summer is not recommended as temperatures soar to 48c.

Most Iraqi people speak a little English and are exceptionally helpful, especially to foreigners.

Iraq is full of ancient sites from the dawn of civilisation.

Make sure to taste the different varieties of Iraqi dates as they are exceptionally delicious. Also citrus fruits like oranges, they taste exquisite.

Special Note:
All foreigners are required to be tested for HIV at a state laboratory within 10 days of entry into Iraq. All stays beyond 10 days require an HIV test. Diplomats are excluded from these regulations.